Do you remember when the gaming table was full of pizza and soda, not rulebooks, miniatures and dungeon tiles? Do you yearn for a role-playing game that doesnвЂ™t require weight training to carry all the books? Do you want to be able to hold all the rules in your head - or in your back pocket? And do you still want to use all those lovely monsters, adventures and game worlds too?

Microlite20 is a minimalist role-playing game designed to be usable with the majority of the 3.x OGL/d20 supplements, rules and adventures with little or no advance preparation. The basic rules for character generation, combat, magic and level advancement take up a single sheet of paper, meaning it is perfect for introducing role-playing to new players, gaming one-shot adventures or tailoring into your own game system.

Microlite20 was designed by Robin V. Stacey (aka Greywulf) in 2006. The purpose of the rules were to strip the OGL/D20 system down to its bare minimum so that the worldвЂ™s most popular fantasy system could be played quickly and without thousands of pages of rules, but still be usable with all the adventures, campaign settings, and supplements that had been published for the 3.x edition of the worldвЂ™s most popular fantasy RPG. Amazing, one page of basic rules (coupled with the Fantasy SRD for spells and monsters) really did allow for fast-playing games with just about every adventure and supplement published for the 3.x edition. If you would like to see how and why Microlite20 was developed, Greywulf's original 1,200+ message thread on Microlite20 (from 2006) is still available on ENWorld's forum.

Microlite20 was an immediate hit with players who liked the 3.x edition of the worldвЂ™s most popular fantasy RPG but did not like the complex and time-consuming (both to GM for and to play out combats) beast it had become. Microlite20 was a rules-light way to play that brought fun back to many game tables.

The Microlite20 rules are entirely open game content (see the Microlite20 SRD page). Only the names вЂњMicrolite20вЂќ and вЂњRobin V. StaceyвЂќ were listed as product identity. Having the entire system open game content sparked a flurry of gamer creativity. Simple variant rules and basic expansions came first вЂ“ for example, lists of limited spells and monsters so Microlite20 could be played without lugging the huge SRD around. However, customized rule sets and complete games based on Microlite20 in many genres soon followed. This creativity contains to this day with Microlite20-based games still being  designed. For example, a slightly updated version of the original Microlite20 system was created in 2020 called Microlite2020 (a play on the year 2020 and on Microlite20 2.0). Versions of Microlite20 for 4e and 5e are also available.

The 2020 version of the Microlite20 RPG Collection collects most of the versions, supplements, variants, etc. available in April 2020. It has over 2500 pages. It's available as a pay-what-you-want download on DrivethruRPG with a suggested price of $0.00. 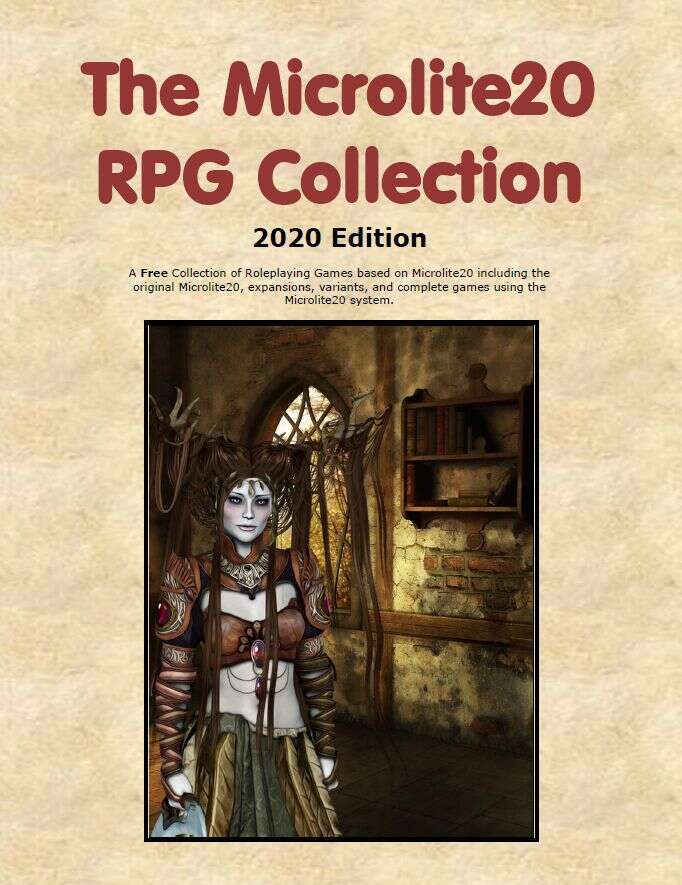